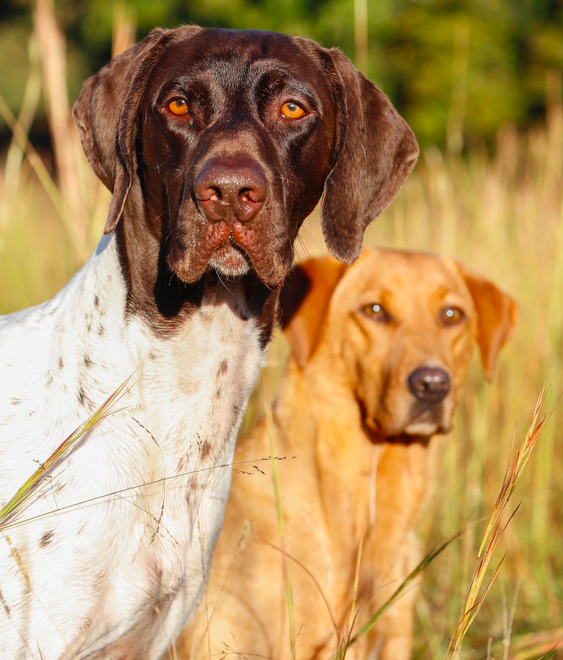 Is it a personality trait or a learned behavior: overconfidence, independence, and boldness arising in highly-stimulated situations that result in a person or a sporting dog to be regarded as an egotistical, opinionated, Hot Shot? One who thinks they know more than all others with a determination to prove themselves right.

I hasten to forgo ideas as to what to do about individuals of this type, opting to focus on the Hot Shot sporting dog, boldly confident and independent in thought and deed to the point that some may consider such a dog as hardheaded. I think this assumption is misplaced. We want a gamefinder who is confident afield but not to the point of being overly opinionated and excessively independent in nature. One that is biddable, the willingness to work interdependently with the handler to achieve success. The Hot Shot is an overly determined dog that when excited is prone to become independent disregarding the handler’s commands and direction, confident that they are correct in their assumptions as to where to make a successful recovery. The handler becomes less important. The unyielding dog migrates toward self-employment.

A recent training day conducted at Wildrose Colorado, Clear Creek Ranch, involved a favored activity of mine, working pointing dogs with labs as “strike dogs,” flushers and backing the Pointers at ready to retrieve. The lab’s job is flushing and recovery, so we emphasize steadiness, hunting cover, marking multiple falls and lining for unseens all the while ignoring the activities of the Pointers running about. 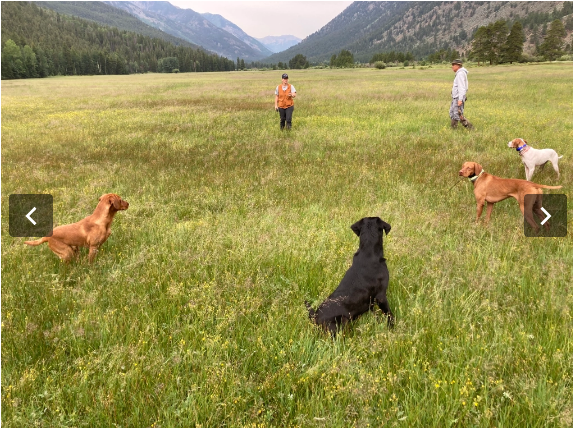 In one instance as we moved through the fields, I placed an off-the-ground, feathered bumper at the wood’s edge for 2-year-old Wildrose Rip (Gus x Pippa). Rip is a wonderful dog in the field; bold, powerful and stylish. He is a superb marker of falls and an aggressive hunter of cover. If it’s out there… it’s coming back. But these very attributes sometimes result in Rip being a bit opinionated.  As our walk-up line and bird dogs hunted forward, we continued about 20 yards, then I stopped the hunters, with the Pointers still active, to line Rip back for the memory.  He disregarded the correct line, blasting short to our right to a bush at the base of a huge ponderosa pine.  He plowed into the area well away from our memory and, as usual, devastated the area hunting where he was absolutely sure he would locate the “bird.”  Totally wrong, of course, so handling began.  Each whistle stop was responded to promptly, but no way Rip would cast out of that area.  Three cast refusals were enough.  I pulled him from the area with a secondary reset, still the right cast was refused as my Hot Shot went back to where he just KNEW he was correct.  A second secondary pull cast failed as well.

Next, I recalled Rip back to me for a primary reset, a realignment.  The proper line was again ignored and Rip ripped straight back to his preferred area, yet more bold and determined, hunting the wrong area.  Here we have a failure to communicate.  To keep these repeated refusals up is only reinforcing his disregard to commands.  Best to terminate the situation.  I recalled Hot Shot and we continued onward with our hunt, leaving the area.

Two approaches to this type of refusal.  First, when you find yourself in a hole, stop digging.

Either way, the dog must recognize to be successful after a diligent, independent, yet unsuccessful hunt, it’s always better to take direction from the smartest guy in the room.

END ON A WIN

We do not end a training session with a failure so as we completed our walk up we circled around returning to the memory area.  From a different position, yet at the same distance as before, I lined Rip for what has now become a delayed memory.  Result:  Straight line to the area and a solid hunt to locate the off-ground bumper.  Confidence in the leader is re-established.  Now, for a bit of refresher training to correct the refusal of the day.  Rip experienced a few counter skills before retiring, handling exercises to reinforce control and to end on a win.

How to maintain the balance: the dog’s individual initiative with a willingness to take direction.

Foremost the handler must be correct in where the “find” is located (bird or bumper) then provide clear commands understood by the dog.  The dog taking the direction must be successful at finding the fall exactly as instructed if confidence in the handler is to be maintained.  A dog handled to the wrong area then goes on an independent frolic when nothing is located only to discover the reward elsewhere…well, so much for confidence in the leader. 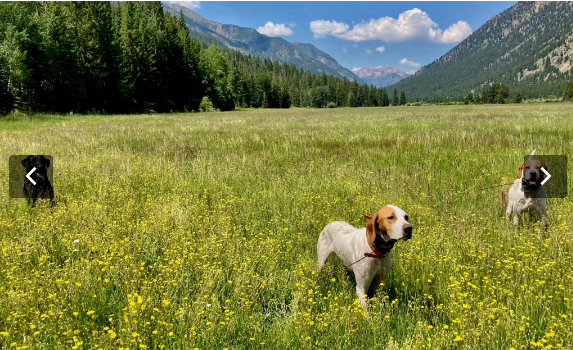 The handling tune-up exercises are throw down Hunt/Stop/Hunt/Stop drills .  Direct the dog to hunt cover first in close proximity to you.  Hold the dog to the area hunting close on command.  Complete three solid whistle stops followed by re-hunt of the same area.  Only after three stops to the whistle is the bumper tossed into the cover unseen by the dog and ultimately recovered. Examples:

Hunt/Stop/Hunt cover/Cast – three stops then the bumper is tossed into cover a distance away from the area hunted.  Stop and cast the dog in the proper location.  Be mindful of the scent cone/wind direction.

Drop a seen trailing memory as you walk away.  Have an assistant recover the memory and toss the object 10 to 15 yards behind the fall area without the dog’s knowledge.  Send the dog for the memory, allow a brief hunt before completing a stop followed by a cast to the proper are for success.

Gradually extend distances between the handler and the dog for each and all of these lessons.

Another great exercise I call the “dirt clod drill.”  Find a solid clump of dirt that will break apart on impact.  Pre-hide a scented object of value to the dog in cover.  Use the dirt clod as a mark seen by the dog but will break apart on impact. The handler may be standing, sitting or moving on a walk up.  (This can be adapted to water as well).  The dog will blast to the fall area and begin to hunt but the object of intent has disintegrated.  Allow a moment for the dog to work the area.  Then, make a stop followed by a cast to the unseen.  Cast refusal options:

Our next training day for Rip was not a repeat of the transitional experience where the isolated problem occurred rather, we returned to the basic handling drills of Walking Baseball, Switching on Doubles and Extended Hunt/Stop/Cast routines. All good coaches identify shortcomings of their players on game day Saturday then rectify the mistakes by returning to the basics in practice on Monday.

Boldness and confidence are desirable traits in any hunting dog as they produce determination – a no-quit attitude for results.  But individual confidence must be balanced with a willingness to work with the handler when required… interdependent teamwork.  No Hot Shot.  Make sure your dog understands who the leader is afield – the smartest guy in the room! 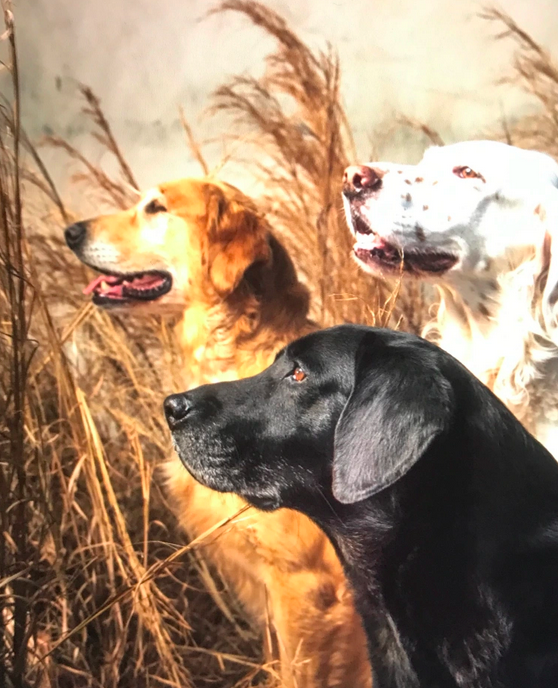